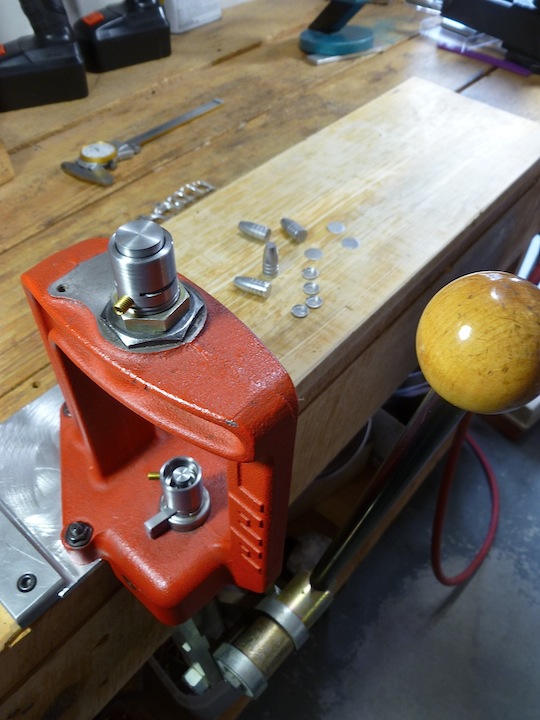 I have had a long time interest in cast bullets.

I decided to tune this revolver first before I ever fired that first shot. First step- I hand lapped the barrel and the cylinder. The barrel finished out at 0.5008 inches and the cylinder throats finished out at 0.50165 inches. The primary reason for lapping the barrel and cylinder throats was because I wanted to shoot cast bullets due to the cost of factory ammo and I enjoy reloading, it is my hobby.

I went on the search for a bullet mould that I thought would cast a bullet in the region of 375 to 400 grains and that I could put a gas check on. My intent was to have a cast bullet with a muzzle velocity in the range of 1500 to 1550 fps. To do this I believe that a gas check bullet would be better. Part of the issue here was finding gas checks for the .50 caliber handgun bullet. I did evidentially find the source for copper gas checks and the price was not out of reach, but I had also come across the capability of making your gas checks and in fact settled with Patmarlins gas check making die system.

I read the reviews of using the Aluminum strip (4 inches wide by 50 feet long), but the material is only 0.014 inches thick. This combined with the cast bullet mould that I found from Accurate Mold (accuratemolds.com) presented an issue because that bullet mold design has a shank diameter of 0.459 inches (nominal). This shank diameter works well for copper gas checks, but not for the aluminum gas checks.

I emailed Accurate Molds and requested a special order design of his 50-420KG mould design with a nominal driving band diameter of 0.501 inches and shank diameter of 0.473 inches. I requested that the mould drop a bullet based on my lead alloy of 5% tin, 5% antimony, and 90% lead. See Figure 1, Accurate Mold Cast Bullet & AL Gas Checks. This alloy should give a bhn of 15 and if I decided that I wanted it to be a harder bhn, then I would oven bake and water quench the bullets.

Accurate Molds agreed to the design change and charged me the standard rate for his mould. I then contacted Pat at Patmarlins.com and requested a die set for making aluminum gas checks that would produce an inside diameter of 0.473 inches. What I was trying to get to was an outside diameter of the gas check of at least 0.501 inches because the gas check would be crimped on and I wanted a tight fit to ensure that the gas check would remain on during flight of the bullet and not deform the bullet while being crimped on.

Pat agreed to the design and in fact I sent him a few cast bullets so he could fit check the die.

I set about casting additional bullets and making the aluminum gas checks. I crimped the gas checks in the first operation and then went back through the lot and lubed the cast bullets using a Lyman 4500 Lube and Bullet Sizer. The lube I used is “BLUE” lube from LBT Moulds (lbtmoulds.com). 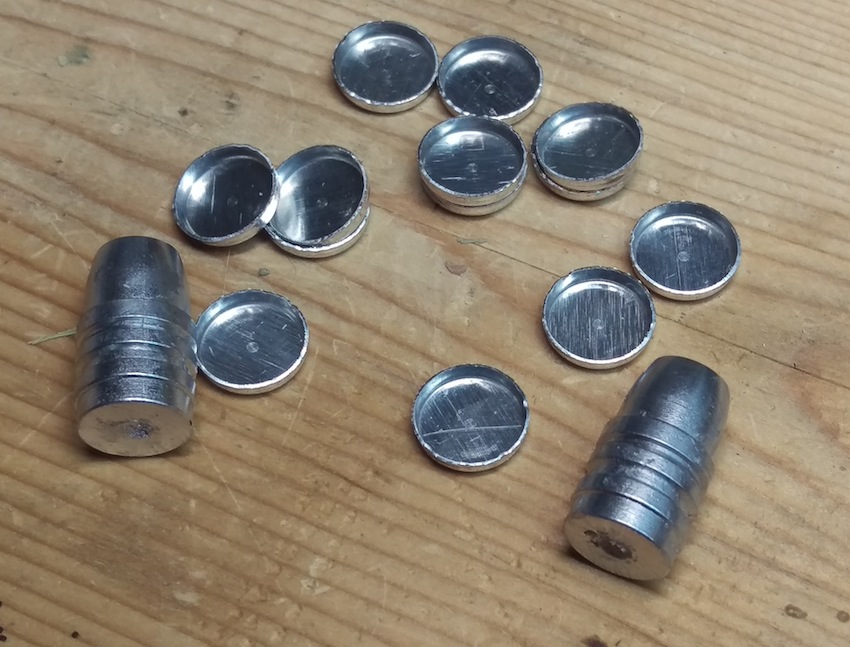 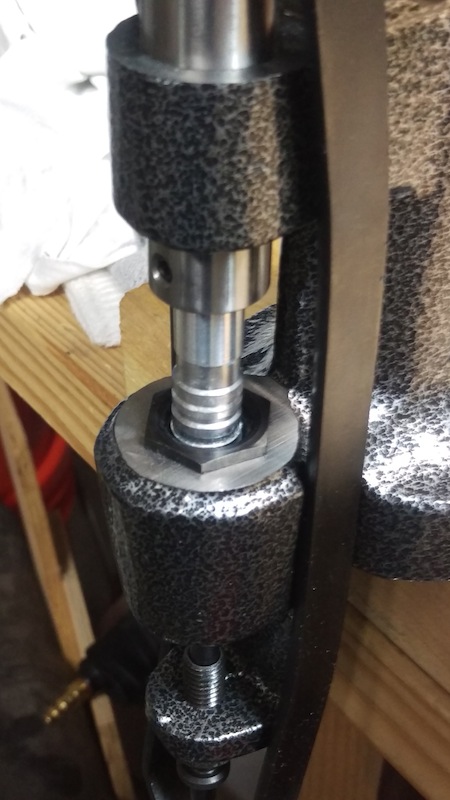 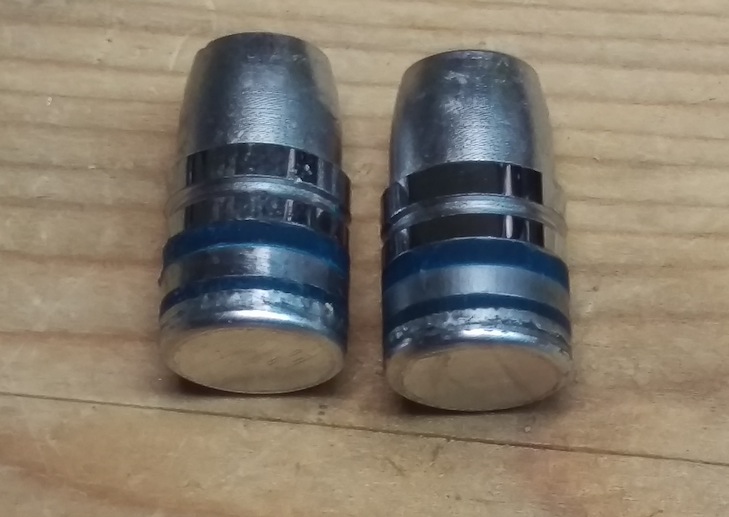 Additional reasons for going this gas check route are:

I loaded up my test bullets with the following parameters: 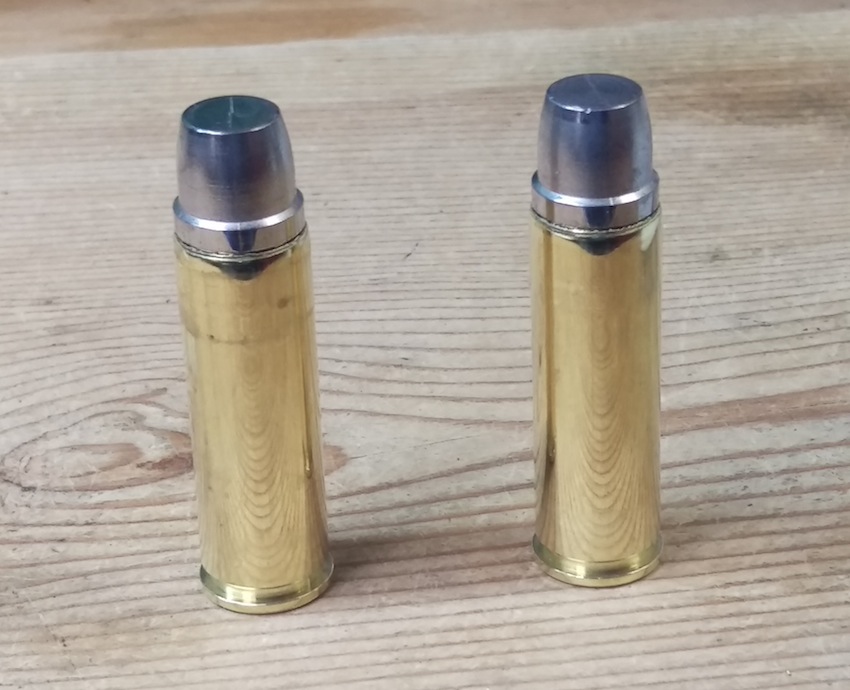 I did not try for accuracy yet. I’m still learning to handle the gun. This gun has a lot more recoil than my 44 mag with a 6.5 inch barrel. When I was first sighting in the gun I’ll say that I had it down to less than 2 inches at 25 yards, but I need to shoot this gun more to be more consistent.

This time at the range I decided that I was going to try and recover a bullet. The test consisted of sitting out 5 – 1 gallon water jugs and a stack of newspaper at the end to hopefully trap the bullet.  Test Setup. I’m set up at 15 yards from the water jugs.

There is a video of this and I’ll say it is impressive. Next time I’ll take more water jugs to the range. End result… Bullet and Gas Check Recovered 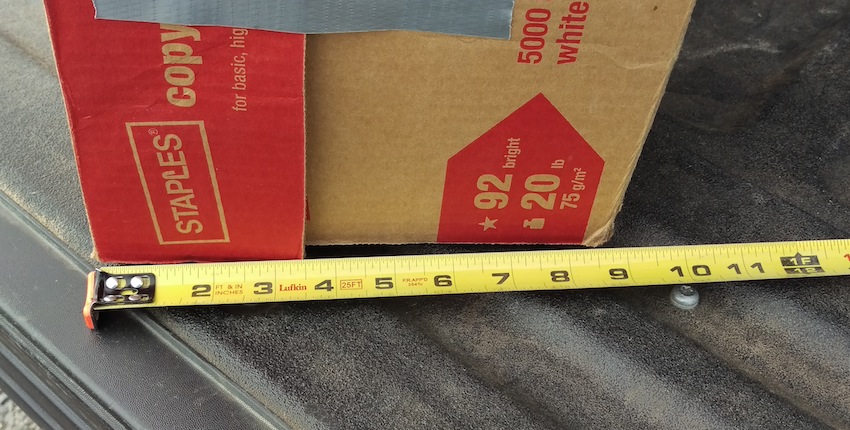 The bullet went through the five water jugs and about one inch into the box filled with newspapers tied into a bundle. I peeled off the newspapers carefully and found the gas check as shown. You can just see the bullet laying in cut section of the newspaper. Recovered Bullet.

One can see the rifling marks on both the bullet and the gas check. Not real clear, but there is some lube left in the main groove, top of bullet in the groove and some lube in the gas check groove at the bottom. I’m quite satisfied with the results. Gas Check was recovered with the bullet, 1524 fps, and I did not damage the water barrels at my friends shooting range. In addition, I convinced my friend to video the shooting. He is back a ways from the barrels, I just had him zoom in. I believe that if I had 6 water jugs there the bullet would have stopped in the sixth one. 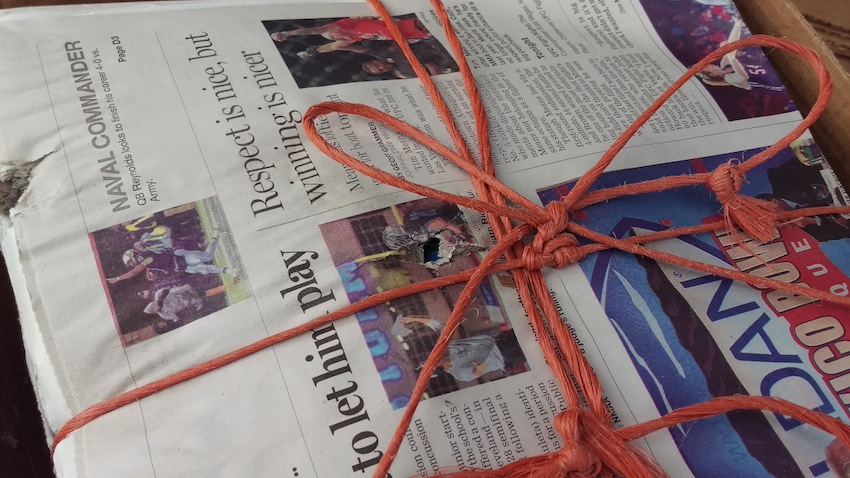 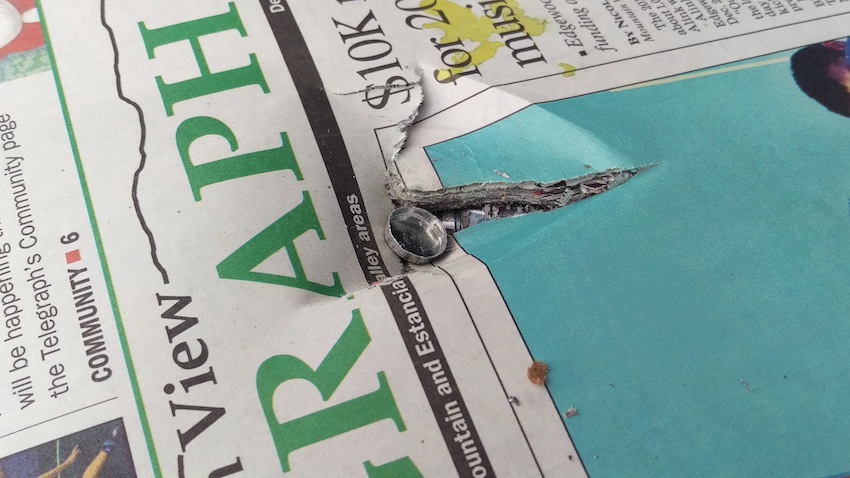 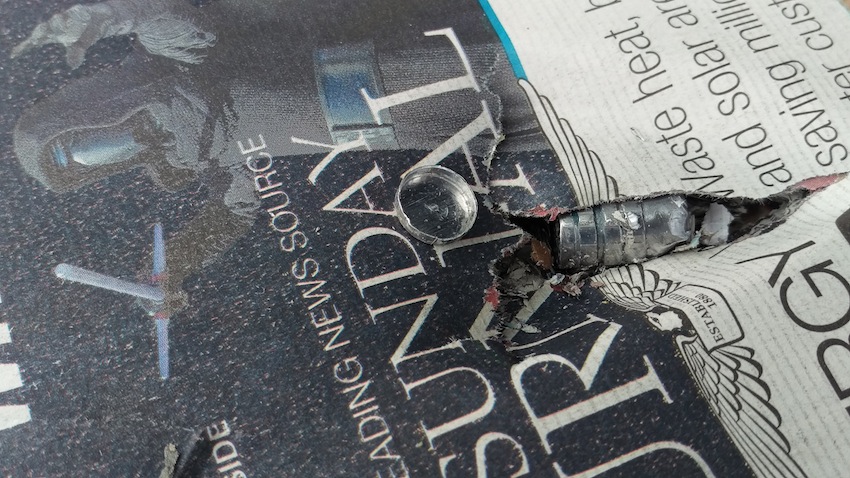 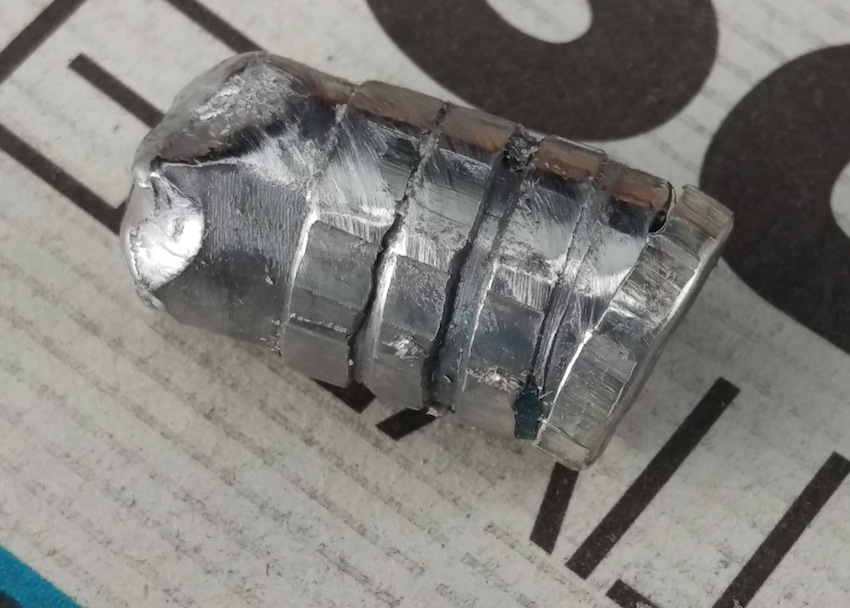 Use aluminum gas checks. If you like to reload, make your own gas checks, especially for the 500 Smith & Wesson Magnum. It keeps the cost down and I believe you can build a more accurate round for hunting and having fun.